* let the kids figure that one out. If you know, don’t tell anyone, I am already in trouble for potty mouth. 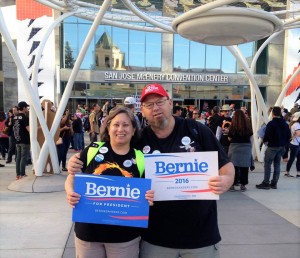 So, if you remember, I went to Nevada last week to help out with canvassing in the hinter lands where I had heard it was both important and less popular with volunteers. That, I thought, would be the end of it. Somehow, however, I got the notion that the closeness of the race and the importance of Nevada was so compelling that I set off again east.

This time, however, I went through main channels. I think my last trip flagged someone in charge of the volunteer registration form because it was change when I filled it out the second time. I was directed by an (slightly) upper echelon figure, Margaret, to first go to Reno, get BASIC caucus training, and then head back to Fernley. Additionally, I was coordinated with giving another volunteer a lift up to Nevada. Margaret allowed that I might be used as a caucus observer. Wow I thought, big stuff.

I remember seeing clips from Iowa and the “discussions” over ballot counting. Being a caucus observer, I thought, would require concentration and a calm firmness in insisting on above board procedure. I saw my potential duties as a solemn and vital way to help the campaign. I worried if I was up to the task. But, I knew that help was needed so I followed directions and went.

Margaret arranged for Lynn Davidson to ride up with me. We went to the Reno office, met Margaret, and then went to get training at the NV Democratic Party office. They were only giving Temporary Precinct Chair (TPC) training so close to the caucus. It seemed daunting, but we knew that it was overkill in our situation. We would not be Precinct chairs. Although the training provided general knowledge, it was for specific areas and included a packet (a very large packet) of materials specific to the precinct assigned, including a hand book for TPCs. We did not get a packet at that time. Ominous.

I have already cover our escapades caucusing and the Friday evening call for our services as TPCs in the town of Yerington—4 precincts in Lyon county. I mentioned that we were supposed to have been four people, but we were only two. We each had to run two precincts. I may not have mentioned that I fully expected other people helping out with the caucus, and, of course I expected a site coordinator for the caucus. Right? How stupid would it be if no site coordinator was on hand to run the whole show? Guess what badge was in one of my TPC packets? Go on guess. Yeah there was a TPC badge, but guess what the other badge was.

I went to Nevada to canvass and to maybe be a caucus observer. I was the site coordinator. I was the person completely on the hook for the entire caucus. Somebody needs to be hung. How the hell is this going to happen? What would have happened if Ms. Davidson and I had not been available the night before the caucus? I shudder to think. It was crazy.

Ms. Davidson and I were the only people there to run the event, she had two precincts and I had two. We arrived just before 9:00 as per. Thankfully a very helpful janitor was there who had set out tables and chairs in the Gym. She put out tables and chairs at our direction in the hallway so that we could set up registration. We put up signs throughout the building to steer people to where they should go. We got our supplies together, although it was difficult trying to create a system in the abstract, not having done this before. I was constantly worried about security of materials and the legality involved with where things should go. Keep in mind that there are hefty laws in place that rule how things are done, and I had only a cursory understanding of those laws. I was also worried about shenanigans. Thankfully Ms. Davidson fixated on the registration forms and took charge of that whole situation. I don’t think I ever got a firm handle on that part.

So there we were, rushing around trying to get everything ready before people started showing up. I almost forgot to call the Democratic Party to officially open the caucus (part of that legality stuff.) My phone didn’t work there. Luckily Ms. Davidson was able to phone us in. Phew. There was no WI-FI either, which was a real problem because several functions were supposed to have been done online. We had to shelve the “Pre-registration” procedure and have all pre-registered people use the general registration line. Also we could not use one of the tools for finding people’s precinct number (remember we had four.)

According to the manual, I (the site coordinator) was supposed to meet with the TPCs and arrange for set up and registration procedures and we were to solicit volunteers from the caucus goers, especially for the registration, which, as you can imagine, required orchestrated effort. The clock was ticking for me.

The first people to show up were DNC-candidate Precinct Captains. Needless to say, I was in a quandary. I wanted to be on guard for mischief, but I had to forge a working arrangement with them, because without their help it would have been a blood bath. And I still didn’t clearly know how everything was going to be done. Over all the DNC-candidate’s people were very helpful, although I suspect that the main gal may itching to lodge a complaint against us. (I wore my Bernie hat and a Veteran’s for Bernie button. It is completely legal.) She was doing her job, very aggressive, but knew when to ease off. We could use her when Bernie wins. Shortly after, a couple of Bernie Precinct captains showed up.

I am sorry, I am going to have to make this a two-parter. I am exhausted.